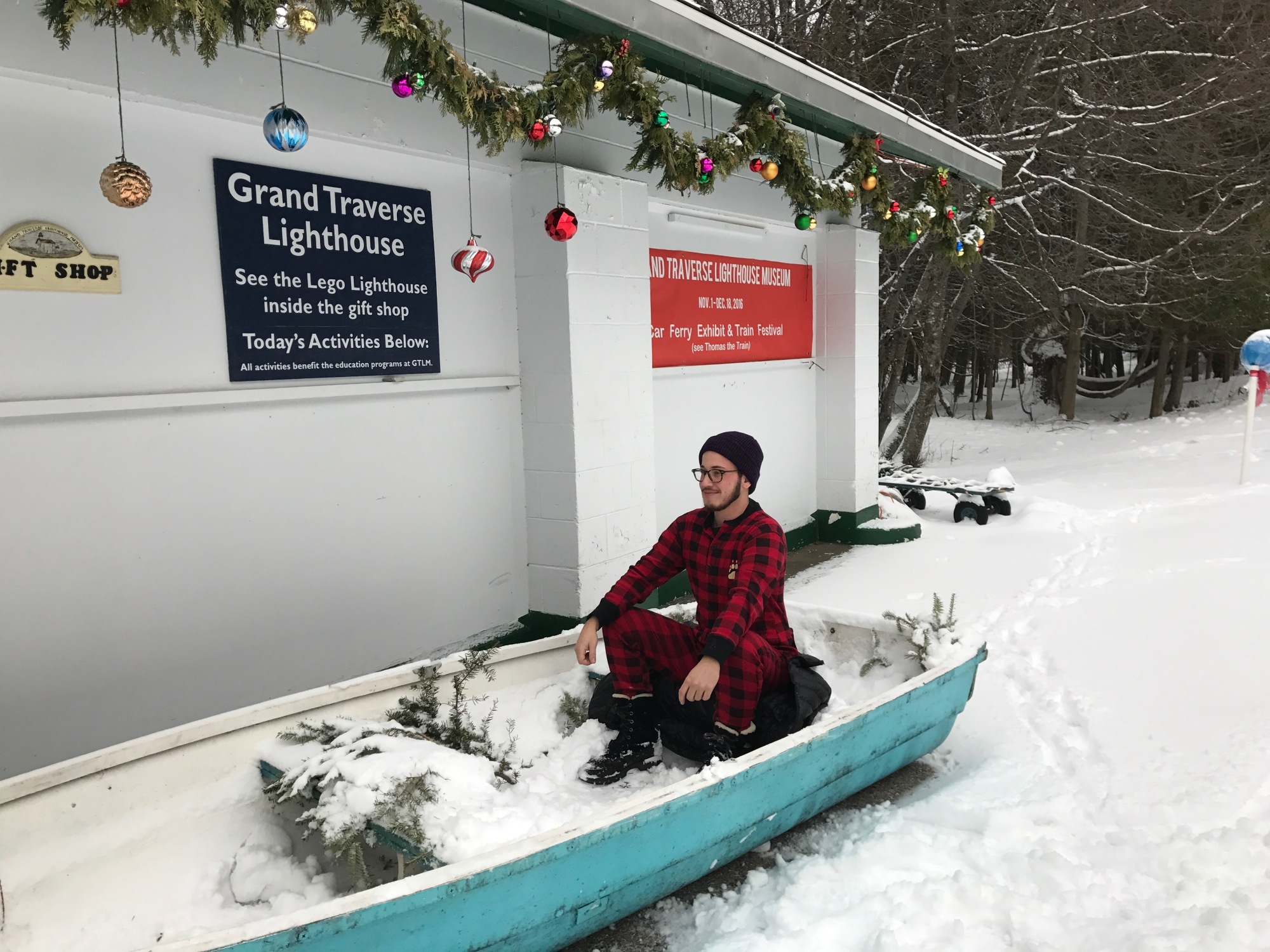 Let’s travel 14-years back in time to my junior year of high school. (yikes) I was not yet out as trans, but I had come out about liking women. I was the only kid in my class and I think the school, who was openly LGBTQ. I had a huge crush on my friend, Ella. She and I had been friends for a couple years, after meeting in Theatre Guild—our high school’s drama club. Everyone knew about my crush–despite my attempts to deny it, which meant I was teased mercilessly about it by all of the theatre nerds.

Ella and I used to play a game where you scored points by “fake” flirting with one another. For example, during the weekly theatre meeting, Ella might put her arm around me and I might challenge back by putting my hand on Ella’s knee and if she didn’t reply with another challenge, I would get the point. It was dumb and it was the most immature flirting. But we were 17 and only one of us was out, what did you want from us?

This flirting continued for almost a year, and then one day during senior year, we were sitting in my car in the drive-thru of a Wendy’s when she stole my chapstick. She used it and then refused to give it back when I said my lips were chapped, too. I said “Fine.” And then leaned in and kissed her. We both sat silently. She said “That wasn’t so bad.” And leaned in for a second kiss.  This was the greatest day of my entire life, so far.

I’ll fast forward past the teenage drama that played out between the kiss and when we actually started dating. It’s your typical, love triangle/square/trapezoid that eventually imploded and left Ella and I confessing real feelings. If it were a movie, you’d be yelling at the screen “Just tell her/him already!” in a similar tone that you yell “Don’t open that door” in horror films.

We were totally head over tails in puppy love. We were also keeping our relationship a secret, because Ella was not out and we feared the reactions from her parents and others if they found out. Theatre nerds continued to tease me about being in love with Ella—but what they didn’t know, was that it was mutual and we were dating.

At one point we decided we wanted to go all the way, since obviously we were going to be together forever. We were both inexperienced and had no idea what we liked or didn’t like. Our very first time was very sweet but also awkward because we had no clue what we were doing. We were at my mom’s house, after school. My mom wasn’t home and as teenagers do, we took advantage of the unsupervised time to get hot and heavy. Up until this point we had stopped with over the clothes groping and touching. On this day, I whispered “I want you.” The next thing I know, shirts are thrown off onto the floor and then pants. Within seconds we’re both naked and smiling ear to ear, taking in one another’s bodies. She is beautiful. I remember promising to remember that moment forever. Not just our nakedness, but the feeling of nervousness twisted with excitement and bliss.

As we begin kissing again there’s a knock on my bedroom door. Before I can reply, the door swings open and my mom is standing there. Ella somehow gets the magical power of flight and soars into the bathroom connected to my bedroom, leaving me desperately trying to pull covers on top of me, unable to break eye contact with my mom. My mother’s mouth has hit the floor as she panics and jumps back, closing the door. Through the closed door she yells, “I do these things just to embarrass you! Think of the story you’ll have.” I yell back, “Yeah, thanks Mom. Can, umm, you go now!?”

Ella pokes her head out of the bathroom and tip toes back to the bed, her arms attempting to cover her body. She kisses my neck and asks, “Are you okay?” I nod. We put our clothes back on and sheepishly sneak out of the house to my car. We drive in silence for some minutes. Then we bust out laughing. Later that night, without interruption we picked up where we left off. And it was worth the mortifying interruption and the wait.

The innocence and naivety of our relationship was one of the things that made sex with her almost magical. We hadn’t yet formed all of the manufactured insecurities about our bodies. And even though I was uncomfortable with my feminine curves, somehow the way she looked at me made me feel powerful and sexy, and for a moment, more comfortable in my own skin. It remains one of the most honest relationships I’ve ever had.

One thought on “My First Time”