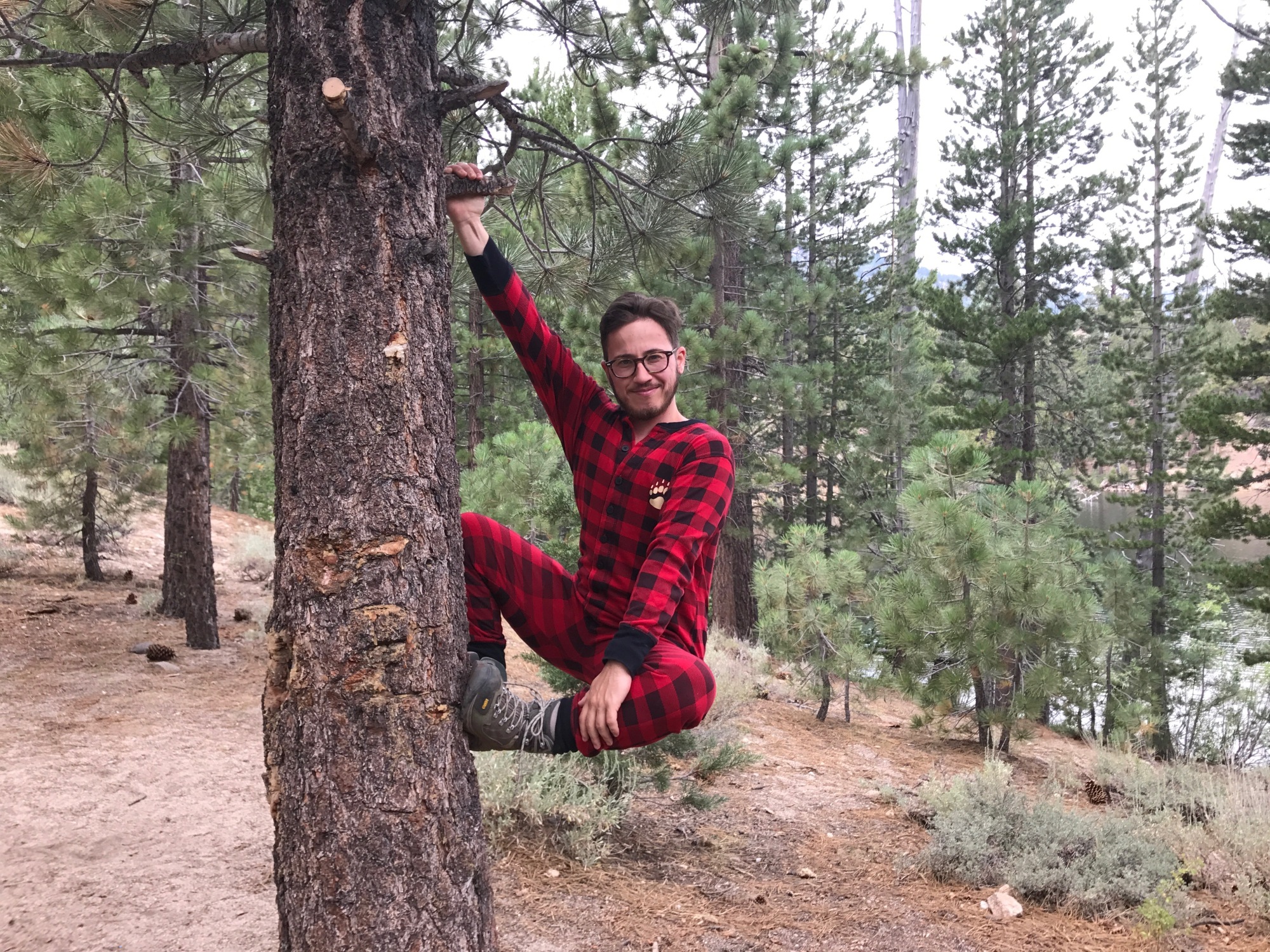 “It’s like the best of both worlds!” she said through a big white smile.

Linda and I were on our third date. On our second date I had shared with her that I identified as a trans man. At first she had gone completely silent, which is rarely a good sign. After thirty seconds she said, “okay” and shrugged. Her smile looked forced. She sipped her wine and continued, “You’re not an axe murderer too, right?” I shook my head no and she laughed. “Then I think, we’ll be just fine.” She was trying to let me know that me being trans was not a red flag or deal breaker for her, and apparently I had a lot of wiggle room because axe murderer was her only defined line.

On our third date we had gone to a botanical garden. We found a nifty bench surrounded by trees and sat down. And that’s when she exclaimed, “You know what!?”

“What!?” I asked, feigning eagerness.

“It’s like the best of both worlds!” she said with an out of place pride.

“What is?” I asked with genuine confusion.

“You being trans. It’s like the best of both worlds. Because, you know what it’s like to be a woman, but you’re a guy now. So it’s like having a best girlfriend, but as a boyfriend.” She explained with a gleeful tone, as if she had just had the world’s greatest epiphany.

This is not a reason to date a trans man. I am not the best of both worlds because I lived many years of my life pretending to be someone I wasn’t.  I am not like one of your best girlfriends because I tried to be the woman everyone told me I was for 25 years. The truth is, before I came out to myself and to everyone around me, I almost killed the woman I was pretending to be, because I couldn’t be her anymore. I hated her. I hated myself. Do not date a trans man because you want an all in one package.

An ex of mine identified as a lesbian and when she would introduce me as her boyfriend, her friends would exclaim with shock, “Your BOYfriend!? But you don’t like boys!” She would quickly explain, “Well, he’s trans.” As if it was a justifiable answer. She was trying to tell her friends that she was still an acceptable lesbian because I wasn’t a real man, I was a trans man, so see, it didn’t count.

If you are not attracted to men or you don’t want to date men, don’t date a trans man. Trans men are not faux men. We are not a justification for your over-simplification of your complicated sexuality. If you find yourself attracted to me, that has more to do with you than it ever will me.

If you find yourself in a lucky situation in which you meet and are attracted to a man who is trans, take a deep breath and get ready for a pretty normal relationship. You will make goo-goo eyes at a trans man. You will check your phone to see if he’s texted (he’s also looking at his phone for texts from you, probably.) You will go through the honeymoon-obsession-phase where you want to be with him, surrounded by his magic, all the time. You will fight with him because he will irritate the crap out of you. And he will fight with you because you can be annoying too. You will not see eye to eye all the time. He will support you when you need support, with shoulders to cry on and strong hugs of reassurance. You will support him when he needs support—and in this damn transphobic world, he will need your support. You will remind him about his weekly testosterone shot—because he forgets sometimes. He will bring you a cup of coffee when you’re too sleepy to pour it. He will kiss you on your forehead and tell you you’re beautiful, because you are. You will sneak up behind him when he does the dishes and put your arms around him and kiss his neck. He will smile. You will fight, again, because, well this time you don’t know why. You will make-up.

14 thoughts on “Reasons to Date a Trans Man”