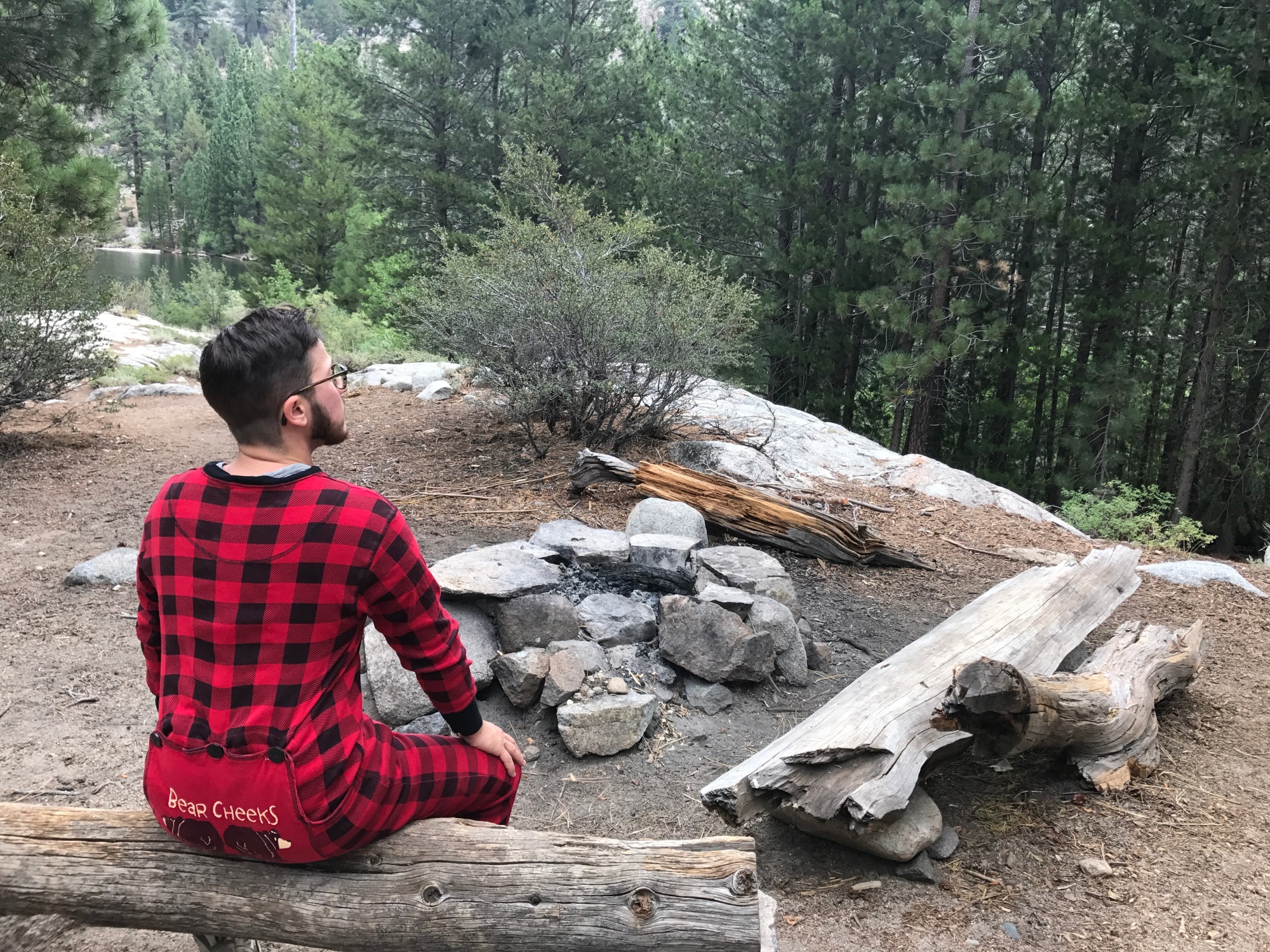 I recently sat down with my friend Ben to chat about all the things on our mind when it comes to dating while trans. Ben identifies as trans masculine (he’ll explain what that means to him in one of his responses.) and because Ben and I are two very different people, his perspective is different than mine. But one thing we have in common; Ben is also awesome!

Me: We had a brief conversation that highlighted that dating while trans can be a challenge, to say the least. Are there any dating experiences you’ve had since transitioning that stand out to you in particular?

Ben: I once went on a date where the woman complained to me that the local gay club was just a place for “pretty girls to kiss pretty girls”. I could only think, “Yes, exactly, that is the point of a gay club”. I was pretty confused about what the problem was. It was one of the more homophobic things I’ve ever heard a queer-identified person say.

Me: What are some of your fears/anxieties about going on dates?

Ben: I get most nervous about my lack of dating experience. I’m 30 and I’m going on my first conventional “dates” and I’m terrified that I’m doing it wrong.

I’m very secure in my gender- it is nearly impossible to insult my masculinity. But I still have a lot of anxiety about gender roles on dates, particularly if I am on a date with a straight-identified woman. I don’t really care about adhering to gender roles, but I have a lot of fear about not knowing what the other person expects of me. Am I supposed to pay? Open the door? Not cross my legs? I’m very self-conscious about my gender performance and how it aligns with or diverges from the other person’s expectations, I guess you could say.

Me: How do you meet people for dating? Online? In Person?

Ben: I have met people both online and in person.

Me: What do you think the biggest challenge of dating as a trans man/masculine person? Or some of the bigger challenges?

Ben: Personally, my biggest challenge has been finding spaces where I am seen for both my gender identity and my sexual orientation. I am a queer dude who is attracted to feminine people. I don’t feel comfortable in straight spaces, because there, I feel like everyone expects me to act like a cisgender man. But when I am in queer spaces everyone assumes that I am gay, and when they find out that I am attracted to women they act like I don’t belong in the space.

I also think that minimum height requirements on Tinder are rude. You don’t have to be attracted to me. But writing me (and a bunch of other people) off for such an arbitrary characteristic seems presumptive and silly. But I guess the entire premise of Tinder is making snap decisions based on physical appearance.

Me: What is the worst experience?  Best?

J: I think the worst was when someone listened to me talk about how the trans community is frequently in crisis and then they told me that I “just didn’t know the right trans people”. That made me feel like 1) she wasn’t really listening to what I was saying and 2) that being involved in the trans community is more of a popularity contest than a space for activism and advocacy.

I have been on some lovely dates. I’ve closed down some bars and restaurants because me and the other person didn’t want the date to end. I really enjoy talking with people and getting to know them better. One of those fabulous dates recently turned into a relationship with a wonderful queer woman. I’m glad I stuck with it and was open to possibility.

Me: Is there anything you wish more people knew before they went on a date with you? What about just in general (whether they’re dating you or not)

Ben: Please don’t ever tell me that you “would never know” that I am trans or that I look good “for a trans person”. I didn’t do any of this for you. Please don’t ask me questions about my genitalia. Or my body in general. Unless we are getting physical, then ask away.

Also, Jay, I had an interesting reaction to one of your recent blog posts, “Reasons to Date a Trans Man”. I related to many of your points, but I also had a slightly different reaction. Perhaps it is because I identity as a trans masculine person, rather than a trans man. My social identity is more non-binary and while I don’t think I am “the best of both worlds”, I do want people (and particularly people who I date) to see my past and the feminine aspects of my identity as well as my masculinity. I identify more as “trans” than as “male”. I really value the journey through womanhood that I took to get here, and I want other people in my life to value it too. I deeply agreed with the overall point of your post- don’t date trans people just because we are trans. Date us because we are awesome! Your post was a great reminder of what I want other people to know: there are lots and lots of different ways to be trans.

Ben: I actually didn’t date at all before transitioning. Growing up, I didn’t see any relationships that reflected my understanding of myself, so I didn’t have much interest in romance or dating. Before I transitioned I stumbled into a long-term relationship that lasted throughout my social and medical transition. I will say that my transition had a big impact on my relationship. It was very strange to go from being seen as a lesbian couple to being seen as a straight couple. Society started treating us differently. People didn’t stare when we held hands. They started asking us when we were going to get engaged. But we also suddenly became invisible to other members of the LGBTQ community and that was very hard for both of us.

Me: What are some of the inaccurate assumptions people have made about you?

Ben: People assume that I am gay all the time. I don’t know whether this is because how I look or act, or whether they make assumptions after they find out I work on LGBTQ issues. I don’t mind if people think that I am gay. But I have found that some people get very awkward and uncomfortable when I correct them and tell them that I identify as queer but date feminine people. Oddly, I’ve found that this happens most with LGB people. We’ll be having a conversation about dating and when they realize I don’t date men they will freeze and look uncomfortable. This frustrates me- we are still members of the same community.

Me: How have you chosen to tell dates that you are trans? How has it gone?

Ben: I am very upfront about being trans on all my online profiles. I mention it multiple times and explicitly tell people that they shouldn’t contact me if it is going to be a problem. I don’t know if that is working but I haven’t had any transphobic or problematic interactions with people online. I’m also very “out” in my personal and professional life. Consequentially, everyone I’ve gone on a first date with has already known that I was trans. This is a stress management strategy for me. Personally, I don’t think I could really be present on a date where I was waiting to tell someone such a huge part of my life. My nerves would be unbearable.

Me: If you could give any dating tips to any trans guy getting back into the dating world, what advice would you provide?

Ben: We are awesome! Don’t let society’s dehumanization of trans folks make you feel like we are less worthy of desire or romance. Don’t be afraid to set boundaries about how many questions you’re comfortable answering or how much “trans education” you are willing to provide to someone. Decide when and how you are going to come out to a potential date ahead of time, according to your comfort level. Don’t settle for a dating situation that is less than fabulous because you think you won’t be able to find anything better.

Me: And if you could give any tips to your past dates or future dates, what tips would you give?

Ben: Oh wow, good question. I personally appreciate clear and direct communication. I’d rather hear a hard truth than a lie that is supposed to protect my feelings. I also love tacos and pizza and dates which involve eating them.

Me: Anything you want to add?

Ben: I guess I would like to let cisgender folks reading this to know that our national climate on trans issues has a major impact on all aspects of trans folks’ lives- even dating. It is hard to feel self-confident or worthy of someone’s attention when you are worried about whether you can safely use the bathroom at the restaurant. It is difficult to have hope about finding loving relationships when there are no depictions of transgender dating relationships in the media. I would love to watch a goofy rom-com where a trans person gets the pretty guy / girl / person!

One thought on “Interview with a Trans Person”